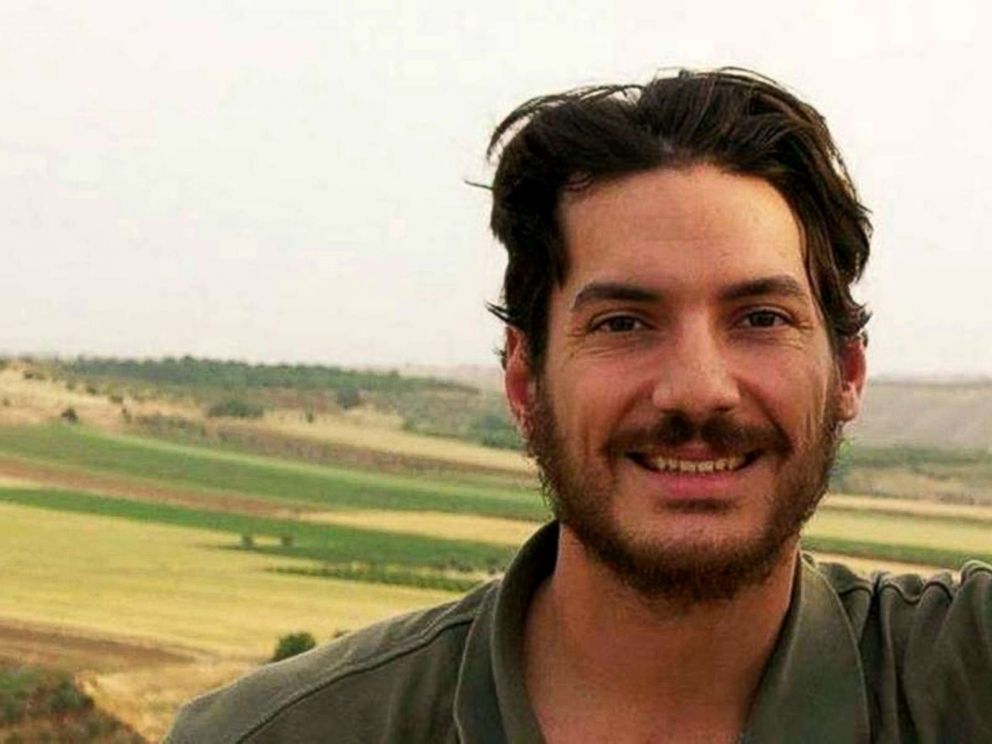 Freelance journalist Austin Tice has been missing in Syria for seven years.

“We hope the Syrian government will do that,” Trump said. “We are counting on them to do that.”

Tice, an award-winning journalist and Marine veteran, was taken hostage while reporting from Syria in 2012. He is the only U.S. journalist being held overseas.

Trump appealed to the Syrian government by invoking U.S. military successes against Islamic State fighters in Syria. “We have done a lot for Syria,” he said. “We have to see if they will do this.”

“His mother is probably watching,” Trump said. “She is a great lady.”

“The National Press Club and the Journalism Institute are grateful that work is being done with Syria to bring him home. May it be soon,”  Freedman said in response to Trump's remarks.

“We are pleased for his family which has worked so hard to make this possible and appreciative of the good work of [National Security Advisor] Robert O'Brien and others,” Freedman said. “We will be monitoring the situation and are encouraging all in government to not lose this moment and do what they can at this time. We are with you in spirit.”

In a statement, the Tices thanked Trump and O’Brien.

“At this very disturbing time for our nation and the world, it is more important than ever to get Austin safely home,” they said. “As President Trump said, we ask the Syrian government to do all they can to locate and safely return Austin to our family.”

Tice and his parents are Club members. Tice is a John Aubuchon Press Freedom honoree.

THE CLUB IS TEMPORARILY CLOSED