The brutal killing of George Floyd at the hands of Minneapolis police officers on May 25 invoked a global outcry for change in policing behaviors and procedures, with some advocating for the defunding of police departments altogether. 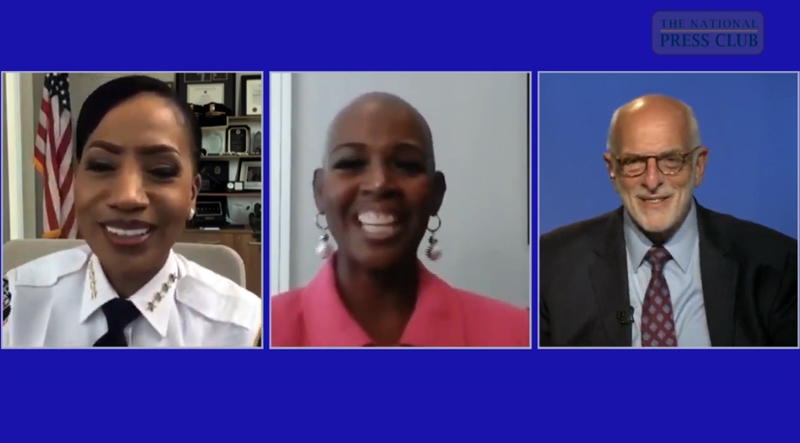 “People are angry,” said Davis, Chief of Police of the Durham, North Carolina, Police Department. “They’re frustrated about the horrendous deaths, not just of George Floyd but Breonna Taylor, Ahmaud Arbery and others that have occurred in recent years. I think the anger and frustration is exemplified in the streets of our country right now and is further intensified because these fatal incidents keep recurring. There is a level of intolerance that [suggests] something has to change.”

Davis and Williams believe that while history repeats itself, this time change is attainable, but with more than 18,000 police agencies around the county it needs to be at a national level led by groups like NOBLE.

“This time is different – and it’s not just different from what we see playing out on the streets of America – it’s different for law enforcement. Law enforcement professionals want to be engaged and they want change,” said Davis.

“Some of our work is to impact change from a universal standpoint to help develop legislation that will guide our police agencies around the country, no matter how big or how small, to operate in a way that is just and fair for all communities,” Davis said.

Davis cited banning chokeholds, with the exception of deadly situations, as something that should be a national policy.

Williams, who is also a professor of criminal justice administration at Middle Tennessee State University, emphasized a need for national guidelines for the use of force, noting that while agencies have to teach de-escalation, it is essential that it be included in national legislation.

She noted that the Justice in Policing Act of 2020 (H.R. 7120) would enforce consequences for inappropriate behavior. Davis said it would also enable a national police misconduct registry, and eliminate qualified immunity.

Both guests agreed that defunding is not the answer.

“At the end of the day, we cannot live in a lawless society. We cannot live without law enforcement. Should there be reforms, absolutely,” Williams said.

Some services that police departments have taken on in recent years strain resources and could be reallocated to social services, for instance assistance to individuals in mental health crises.

“There are some folks out there that have the ideology that if they can shut a police department down they absolutely would, but I believe that the majority of our citizens understand that there are opportunities to take a surgical look into law enforcement and maybe re-appropriate funds to some other area,” Davis said.

She emphasized that clear leadership, that balances meeting the law enforcement needs of the community and listening to the community’s criticisms, is critical to effectuating change.

Davis said that when she first started in law enforcement, it was considered a noble profession.

“I still consider it a noble profession,” the police chief added. “When I get up on the morning, I’m still proud of the work that I do, I’m still proud that there are people in the community that depend on my officers to do the right thing. I know that we can change this and erase history, if we all get on the same page.

Video on the Newsmaker event can be viewed by clicking here.