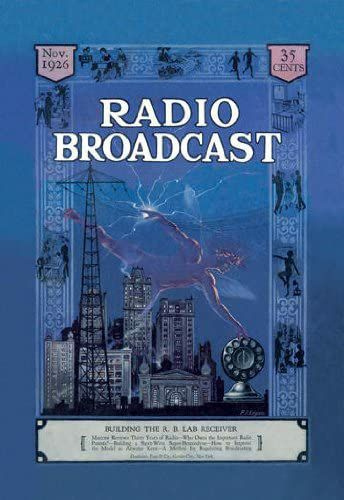 A 10-part radio series co-produced by CBS News and the National Press Club will air across the nation this week and next on "The CBS World News Roundup," the network program that launched the era of broadcast journalism in 1938.

The series, “Celebrating a Century of Sound,” is anchored by CBS News correspondent Sam Litzinger.

It includes 10 one-minute chapters and a mini-documentary covering the history of the medium, from crystal sets to digital platforms, and from soap operas and symphonies to rock 'n' roll and all-news radio.

“We’re pleased and proud to partner with the National Press Club to bring this unique series to our listeners across the country and around the world.”

“At its best, it is an art form, painting pictures for the mind’s eye.”

The series was conceived by Club President Mike Freedman, who, as most people around the Club know by now, is a “radio guy” at heart. As a former CBS News general manager, Freedman has a special affinity for radio history, especially the career of Edward R. Murrow.

By a happy convergence, the centennial of radio and Freedman’s Club presidency coincided, and to celebrate that event, he turned to his former employer.

“Radio is the one medium you can fall in love with -- and hundreds of millions of us have done just that over the decades,” said Freedman, who served as executive producer of the series. “At its best, it is an art form, painting pictures for the mind’s eye. It is a world of information and entertainment, a lifelong companion and a trusted friend. It is part of the fabric of America and, indeed, represents the sound of our lives.”

In addition to the network airings over the next two weeks, the series will be available to CBS Radio’s 500 affiliates for broadcast at their discretion throughout the summer and fall. The Club receives on-air credit in each chapter of the series, as well as in the mini-documentary. The Club plans a companion radio history exhibit later this year, and the entire audio series will soon be made available on the Club’s website.