Jen Judson, the 115th President of the National Press Club, pledged at her inauguration ceremony Friday night to work to restore public trust in the media and advocate for press freedom around the world.

Judson, the land warfare reporter at Defense News, said in her inaugural address that after four years of attacks on the press from former President Donald Trump, the growth of fake news and disinformation campaigns and the plunging approval ratings of the press, restoring that trust is crucial.

"It's no wonder we have our work cut out for us to regain public trust, but we have to do it,” Judson said. “We have to find a way to build trust with the public again. It is the key to democracy." 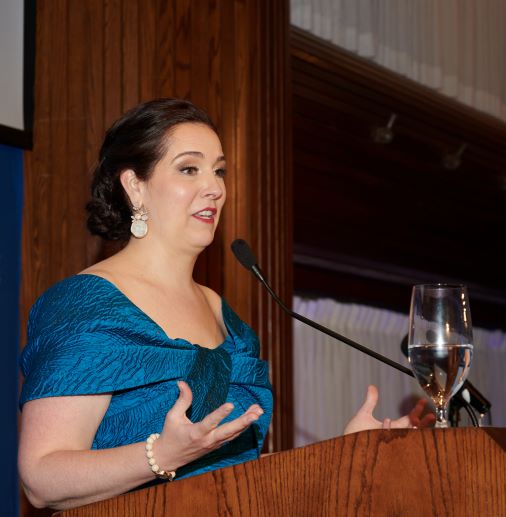 To do that, Judson said reporters must focus on producing quality, careful journalism that looks to tell the truth and has no other agenda. She also noted that the Club has already hosted events on disinformation, journalistic ethics and media literacy under her stewardship, and will continue to do so for the rest of the year.

Judson postponed her inauguration ceremony from January due to the COVID-19 pandemic and the spread of the omicron variant. She is the third president since the start of the pandemic and said the Club will retain its safety-first approach as it works to regain a sense of normalcy.

Through a combination of government loans and grants the Club was able to weather the worst of the pandemic, albeit with some job cuts, Judson said. With the help of members and some creativity in its business, the Club can move into this next chapter, she added.

“The Club is on the way to being whole in membership and whole in the business,” she said.

The Club will continue advocating for press freedom around the world, Judson said, and will push for the release of Austin Tice, who has been imprisoned in Syria for almost a decade. Judson said there appears to be growing momentum for his release, including from President Joe Biden and his administration, giving her hope that it will become a reality.

"The door is opening, and I'm hoping with all my heart that Austin walks through it and comes home to his family this year and can finally sit among us here at the Club," Judson said. 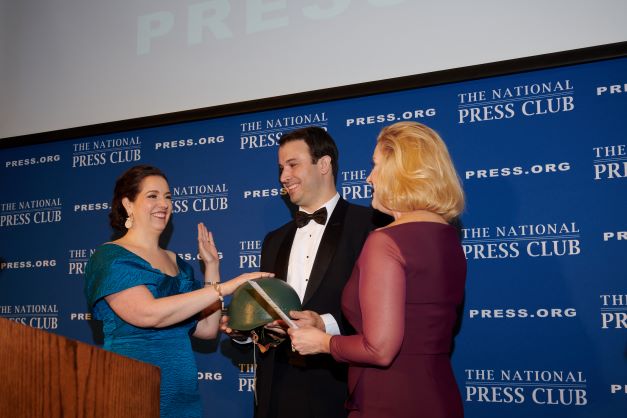 Judson is the first millennial president in the National Press Club’s history, in addition to being the first president who covers national security and defense. Looking to the future, she pledged to work hard to understand how to adapt the Club’s offerings to younger members and the changing nature of journalism, whether that be by providing more workspace for digital reporting or working to make membership as inclusive as possible.

“I don’t have all the answers but I’m actively seeking them,” Judson said, while also noting that the Club must always be a place to “remember your calling and a place to call home.”