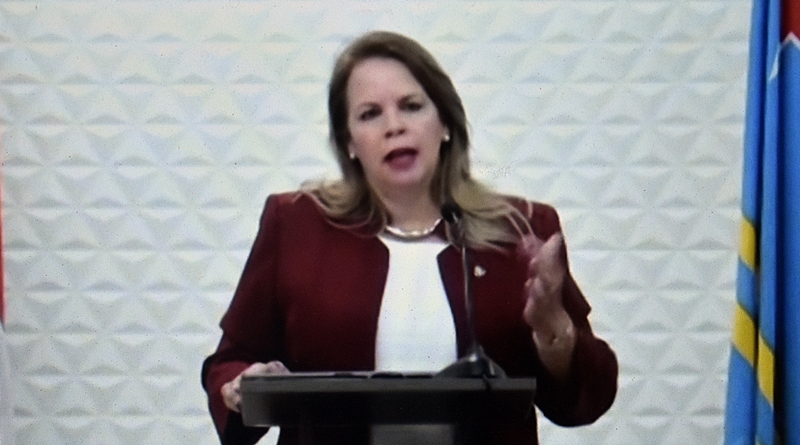 The Dutch Caribbean island, known for beautiful beaches and hospitality, is moving to diversify its economy, preserve its heritage and address the threat of climate change – considering, among other things, a solar energy business on the site of a shuttered oil refinery, Wever-Croes said.

Aruba currently has just five COVID-19 patients in the intensive care unit after confronting surging case loads during initial outbreaks, she said. Last year, the prime minister received death threats and hired additional security after imposing restrictions on Arubans to slow the spread of the virus.

Now, “things have calmed down” and Arubans are more understanding of the necessary trade-offs to keep cases down, she said.

“Currently, the dependence on tourism alone, that has been our weakest point,” said Wever-Croes, the first female prime minister of Aruba, a position she’s held since 2017. “It is our highest selling point, but it has made us weak.”

With the island battling rising seas due to climate change, Aruba is seeking a "high-value, low-impact" approach to tourism and the hospitality industry, she said.

Development has filled up the southern coast line of the island until there is “simply no more room” for more building. The government has renegotiated agreements with developers to pull out of projects or imposed more conditions, such as downsizing the number of rooms or floor space she said.

“I’ve heard some critics on the building of hotels, and I feel that, and we are trying to balance out economic development on the island,” she said, adding, “It’s very nice to see investors that were interested in Aruba before COVID coming back so quickly.”

A less developed area of the island, San Nicolaas, is seeing one hotel project along with museums and a World War II memorial, she said.

San Nicolaas contains the site of the shuttered oil refinery, which drove 20th-century prosperity on the island but closed in the early 2010s. The government has put out a global call for investors for a modern industrial facility, Wever-Croes said, and solutions include a solar business, a liquefied natural gas terminal or reopening the refinery.

“We are convinced the development of Aruba, now after COVID, will come from San Nicolaas and through that development,” Wever-Croes said.

Now, “things have calmed down” and Arubans are more understanding of the necessary trade-offs to keep cases down, she said.

The 2005 disappearance of 18-year-old American high school graduate Natalee Holloway, whose case became a media sensation, remains an open investigation, Wever-Croes said. The government has a dedicated team to handle any new leads or tips.