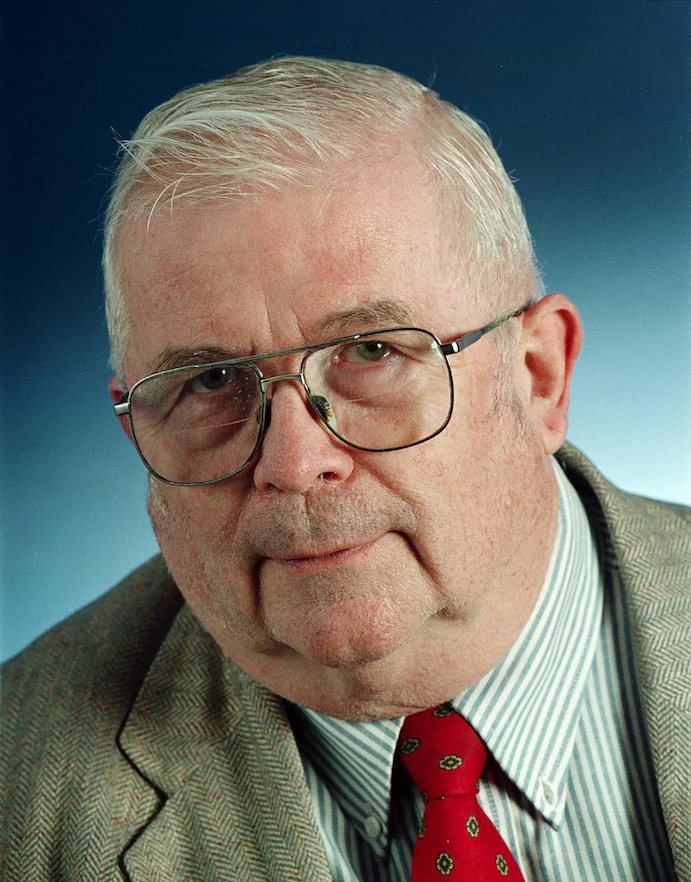 Former National Press Club President Robert Alden, who had been an active member for more than six decades, died June 7 at his home in McLean at the age of 87.

The cause was complications from Alzheimer’s disease, his wife, Diane Alden, told the Washington Post.

Alden had been a Washington Post news and layout editor for 48 years, helping to design and lay out the newspaper’s first section with stories that included the assassination of President John F. Kennedy in 1963 and the resignation of President Richard M. Nixon in 1974.

Joining the Club in 1957, Alden took an active role in the Club’s governance in the early 1970s and was elected president for 1976.

Before his death, he was the most senior past Club president.

In 1970, he took a leading role in pushing the all-men’s Club to admit women. During a debate among members that year, Alden came down hard for finally including them.

“The Club is the most important non-government news forum in Washington,” Alden said. “Women are now an important segment of the national press. A court challenge under the 14th Amendment would be disastrous.”

After that, Alden became an advocate for advancing women into Club leadership positions.

“I will always be grateful for the moral support Bob gave me and other women journalists who joined the Club right after the official barriers to our membership came down,” said Vivian Vahlberg, who was elected the Club’s first woman president for the year 1982.

“Not everyone was welcoming, but Bob surely was,” Vahlberg said. “He fought hard for women to be admitted and was jubilant when we were. And, he supported me every step of the way as I moved up the ladder.”

During his year as president, Alden led the drive to create the National Press Foundation, a non-profit, tax exempt foundation that was designed to support the Club’s library, professional development and scholarship work. The Foundation later split with the Club, which then created the National Press Club Journalism Institute as a separate entity.

Alden was born in Washington on Feb. 5, 1933. He spent some of his childhood in Ohio and his first journalism job was with the Cleveland Press from 1947 to 1951.

He returned to Washington first as a statistician for the Office of Price Stabilization before joining the Washington Post in 1952.

While working at the paper, he earned a bachelor’s degree in 1965 and a master’s degree in history in 1968 at George Washington University.

In 1958, he married Diane Heidkamp, who survives him along with four children, four grandchildren and two great grandchildren.

A resident of McLean, Virginia. since 1953, he was a longtime civic activist helping to plan McLean’s downtown, including a park and community center. The 386-seat community theater is named for him.

“I had the pleasure of getting to know Bob Alden later in his life,” said current Club President Mike Freedman. “I remember him as a gracious and dedicated person who was justifiably proud of his many contributions to both The Washington Post and the National Press Club. Our time together left a lasting impression of a good and decent man who made a positive difference personally and professionally. It was an honor to know him.”