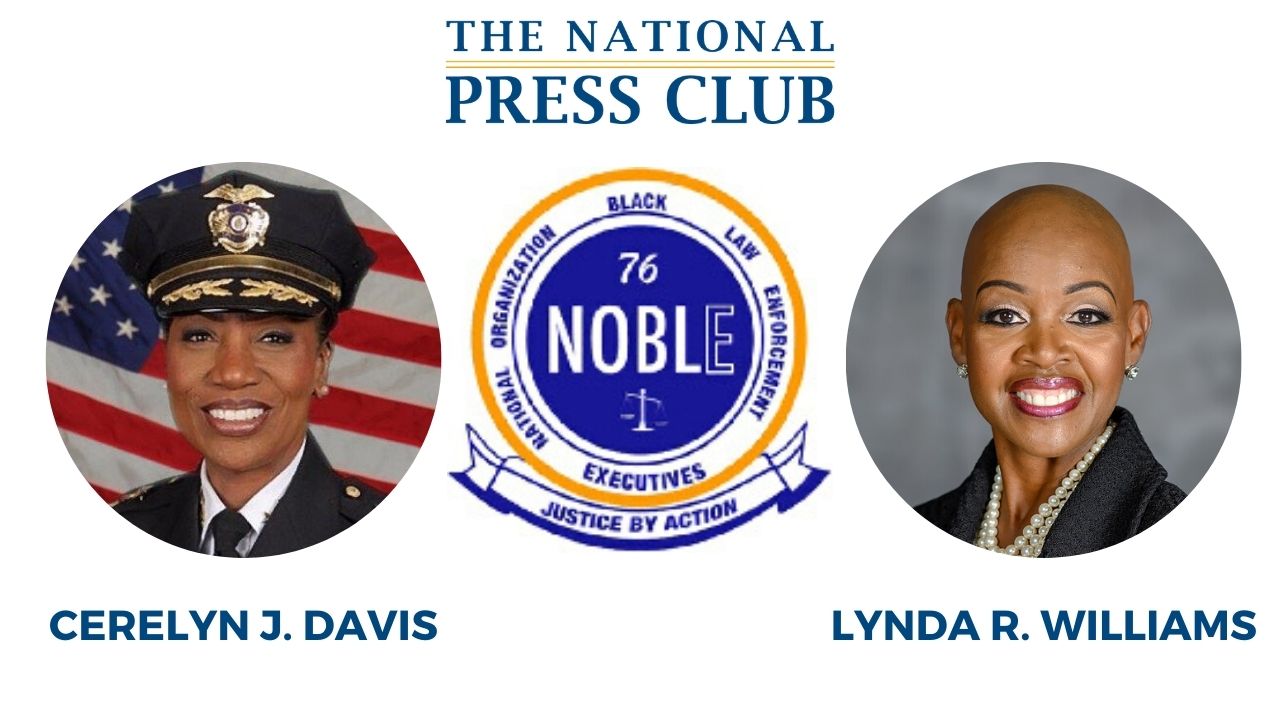 The death of George Floyd at the hands of law enforcement sparked global outrage and inspired multiple generations of Americans to leave the safety of their homes during a pandemic and join in widespread demonstrations against police brutality. Nearly two months later, the protests and calls for justice, accountability, and sweeping law enforcement reforms continue.

On Thursday, July 30, National Organization of Black Law Enforcement Executives (NOBLE) outgoing president Cerelyn J. Davis and incoming president Lynda R. Williams will deliver a live national address on what progress has been made in the fight for social justice and equality, and what changes still need to come in order to move forward as a society.

This 1-hour program will stream live at 1:00 p.m. ET as part of the National Press Club’s Virtual Newsmaker series, and is accessible to both the media and members of the general public free-of-charge.

With nearly 60 chapters representing more than 3,000 members nationwide, NOBLE prides itself as an organization that “serves as the conscience of law enforcement by being committed to justice by action.” NOBLE’s membership is comprised of chief executive officers and command-level leadership from every tier and sector of law enforcement.

Opening remarks will be followed by a moderated question-and-answer session with National Press Club President Michael Freedman. Viewers can send their questions for Davis and Williams via email to [email protected]  Freedman will ask as many questions as time permits.