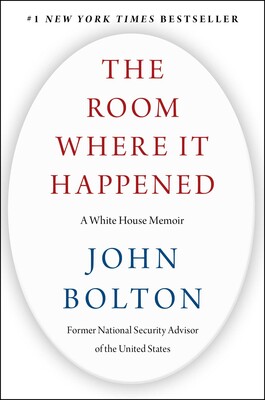 Did President Trump really ask the Ukranian President to "do a favor" and investigate Hunter Biden in exchange for U.S. aid? Was Trump always antagonistic toward China? On Tuesday, August 18, Ambassador John Bolton, President Trump’s former National Security Advisor and author of “The Room Where It Happened: A White House Memoir,” will share what it was like to be at the right hand of the current president as he made some of the most controversial decisions of his administration.

This 1-hour program will stream live at 10:00 a.m. ET as part of the National Press Club’s Virtual Newsmaker series, and is accessible to both the media and members of the general public free-of-charge.

Amb. Bolton will participate in a moderated question-and-answer session with National Press Club President Michael Freedman. Viewers can send their questions for Amb. Bolton in advance or during the live program via email to [email protected]